Sample a few of our film and television pieces. 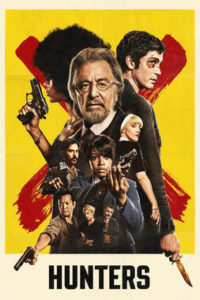 We contributed music to this new Amazon series called Hunters. We have music in episodes one and five.
Directed by the incomparable Alfonso Gomez-Rejon.
Executive producer: Jordan Peele
Starring: Al Pacino, Lena Olin and Carol Kane

The Deeper You Dig

When our friends John Adams and Toby Poser asked us to re-produce some music from the early 1900’s for their horror film, “The Deeper You Dig”​, we said, “Of course!” The film making family of Wonder Wheel Productions wrote and produced another fantastic film! We re-recorded, performed and produced: “Ain’t We Got Fun” 1921 music by Richard A. Whiting lyrics by Raymond B. Egan and Gus Kahn. “I Remember You” 1909 Harry Von Tilzer (composer) Vincent Bryan (lyricist) “After You’ve Gone”1918 composed by Turner Layton with lyrics by Henry Creamer. Here is the reel for this project.